Home » Blog » Why you MUST have SSL on you website 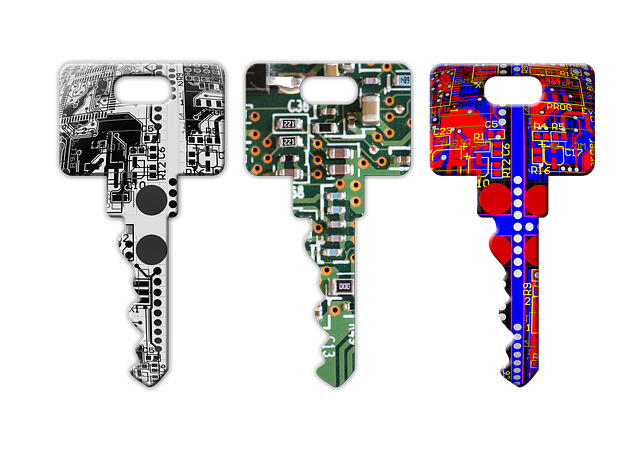 Look at the top of this page. In the address bar, you’ll see “HTTPS”—that “S” signifies that we have a Secure Sockets Layer (SSL) certificate, meaning your connection is secure. You should see one on any site that asks for personal data, especially payment information. Actually, these days, you should see one everywhere.

SSL certificates are important, especially if you’re running your own website. It doesn’t matter whether you’ve got a small blog or a full e-commerce site: you need an SSL certificate. Here are some practical reasons why.

Security concerns are spreading far and wide and have reached the forefront of most everybody’s mind. Terms like antivirus or firewall are no longer strange vocabulary.

This is essential if you’re inputting sensitive details like your password, or credit card info. But equally, it protects you from man-in-the-middle (MITM) attacks: this is when a third party (i.e. a hacker) is intercepting transmissions between two clients.

You might not consider this a major issue. However, without encryption, a cybercriminal can display a fake webpage. Links on this false site could download something malicious onto your computer, like malware. Your readers will receive the messages you intend them to read if you install an SSL certificate.

It should go without saying that readers trust a secure site more than one which can be harmful to their device. Hopefully, you always check whether a site is safe by checking the URL, particularly e-commerce pages. Some users will even employ a virtual private network (VPN) to make sure a good level of security is maintained.

Some years ago, relatively few people knew about SSL certificates. Now, many more recognize the need for such security. We can probably thank Google for the increase in awareness.

With a certificate, you’re sending out a message to your readers and customers, proving to them that you take them seriously. You take their privacy seriously. And by doing so, you’re instilling confidence.

Without an SSL certificate, you’re waving a red flag to your readers, which may put them off future visits.

While it’s not a fabric flag, it is a warning displayed by Google Chrome. Any readers trying to visit a site which doesn’t have an SSL certificate will instead see a page alerting them that the connection isn’t private.

Bear in mind that Google Chrome is the most popular mainstream browser. People like its interface and love that it’s largely very secure. For much of its life, Chrome has loaded encrypted pages with a padlock and green “Secure” message displayed.

In 2018, Google switches its stance on the issue. Instead of viewing HTTP as the standard model for sites, Chrome will expect HTTPS as default and only show non-secure sites reluctantly, i.e. after warning users it’s not safe.

Many rely on search engine optimization (SEO) to achieve a higher ranking on Google. But search for anything, and the chances are the vast majority of results on the first page will have HTTPS addresses. Ask any SEO experts, and they’ll tell you that it’s vital for sites to be on the first two pages of results. Comparatively few look beyond that.

Anything (legal) you can do to stay ahead of the competition—particularly by prioritizing security—is crucial.

With an SSL Certificate, not only will readers trust you more, but search engines will too. This results in more readers, and the more popular your blog becomes, the higher it’ll rank on Google! It’s a win-win.

Your site ranking is also partially determined by site speed. The faster your website, the more people will visit, and the higher you’ll appear in search results.

So it’s a good thing that shifting to HTTPS also improves the loading speed of pages—despite what you’ve heard. It’s a myth that adding an SSL certificate slows everything down. In fact, there’s a whole site dedicated to demonstrating how much faster HTTPS is, compared to HTTP.

Except that’s not the whole truth. The margin between HTTP and HTTPS is slight, but the latter is often, in reality, a relatively-new protocol called HTTP/2. And HTTP/2 really is faster than HTTP and standard HTTPS.

You’ll benefit from increased performance, and so will your audience. Users are more likely to return if they know everything loads in quick time.

Adding an SSL certificate is an intimidating task, which is why smaller websites frequently don’t do it. And why others are happy to charge huge fees for a typical technical request. You must tread carefully because there’s always someone looking to exploit others, particularly when it comes to technology.

Indeed, some web hosts make it sound overly complicated and penalize anyone who doesn’t employ the platform’s own SSL service.

But it doesn’t have to cost the earth. Prospective fees are greater the more certificates you need, yet it’s not imperative you hand over cash. Just look around for services that do this cheaply or free of charge. Compare what they offer and consider which is best for your position.

Take a look at Let’s Encrypt, for instance. Launched to the public in late 2015, the automated software is supported by big names, including Facebook, Shopify, and Mozilla. It’s probably the best-known free service of its kind, but it’s certainly not the only one.

The security of the web is forever evolving. SSL certificates aren’t the ultimate defence against hackers, but they’re a good start. We have SSL certificates to thank for our security and privacy. But recent breaches and flaws may have dented your trust in the cryptographic protocol. Fortunately, SSL is adapting, being upgraded – here’s how

As long as it’s HTTPS, pages are encrypted between endpoints. Look for TLS, but also know that many services— like Let’s Encrypt and Symantec’s Encryption Everywhere—already implement it.

Keep Your Site Secure With an SSL Certificate