The 5 Customer Segments of Technology Adoption 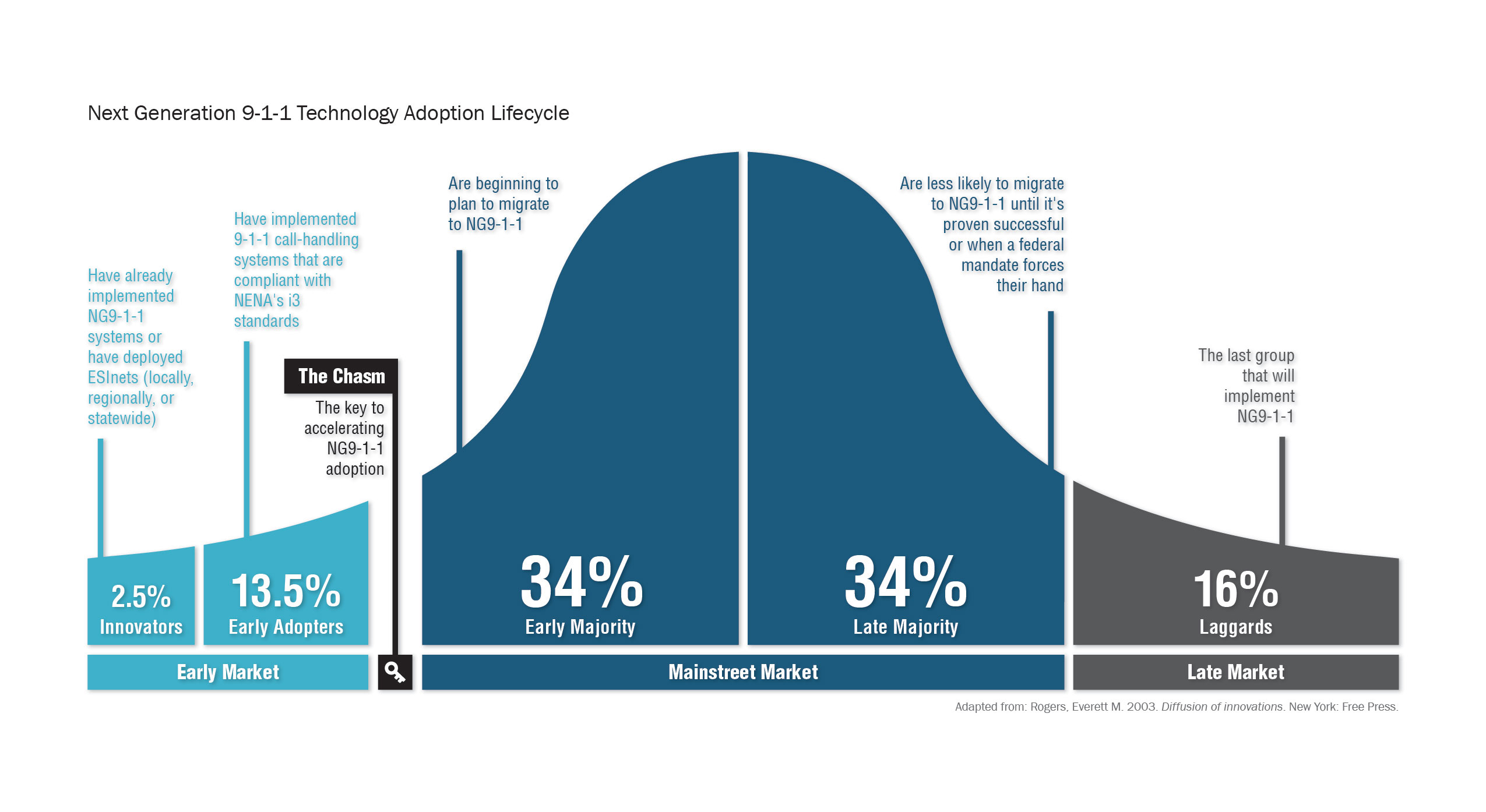 Back to Rogers’ research, we see that not everyone will immediately adopt a disruptive idea despite obvious benefits. Over years of research, Rogers identified some fascinating personality traits that help us organize how people will accept a new innovation. It turns out we approach innovations in the following ways.

Innovators (2.5%) – Innovators are the first individuals to adopt an innovation. Innovators are willing to take risks, youngest in age, have the highest social class, have great financial lucidity, very social and have closest contact to scientific sources and interaction with other innovators. Risk tolerance has them adopting technologies which may ultimately fail. Financial resources help absorb these failures. (Rogers 1962 5th ed, p. 282)

Early Adopters (13.5%) – This is the second fastest category of individuals who adopt an innovation. These individuals have the highest degree of opinion leadership among the other adopter categories.Early adopters are typically younger in age, have a higher social status, have more financial lucidity, advanced education, and are more socially forward than late adopters. More discrete in adoption choices than innovators. Realize judicious choice of adoption will help them maintain central communication position (Rogers 1962 5th ed, p. 283).

Early Majority (34%) – Individuals in this category adopt an innovation after a varying degree of time. This time of adoption is significantly longer than the innovators and early adopters. Early Majority tend to be slower in the adoption process, have above average social status, contact with early adopters, and seldom hold positions of opinion leadership in a system (Rogers 1962 5th ed, p. 283)

.Laggards (16%) – Individuals in this category are the last to adopt an innovation. Unlike some of the previous categories, individuals in this category show little to no opinion leadership. These individuals typically have an aversion to change-agents and tend to be advanced in age. Laggards typically tend to be focused on “traditions”, likely to have lowest social status, lowest financial fluidity, be oldest of all other adopters, in contact with only family and close friends, very little to no opinion leadership.If we were to graph these groups, we’d see the standard bell shape curve:

Where blue represents the groups of consumer adopting a new technology and yellow is the market share which obviously reaches 100% following complete adoption. This is the point of market saturation.

Which One Are You?

It is important to note that individuals do not always line up as “Innovators” in all areas of their decision making processes. For example, a person may adopt cutting-edge green technologies for their home with solar heating and yet not belong to an online social network or own a smartphone. We bounce back and forth across the curve in large part based on the pain points we are trying to solve and our interest in the underpinnings of the change presented.