Home » Blog » How the Iceberg Illusion applied in my life

How the Iceberg Illusion applied in my life 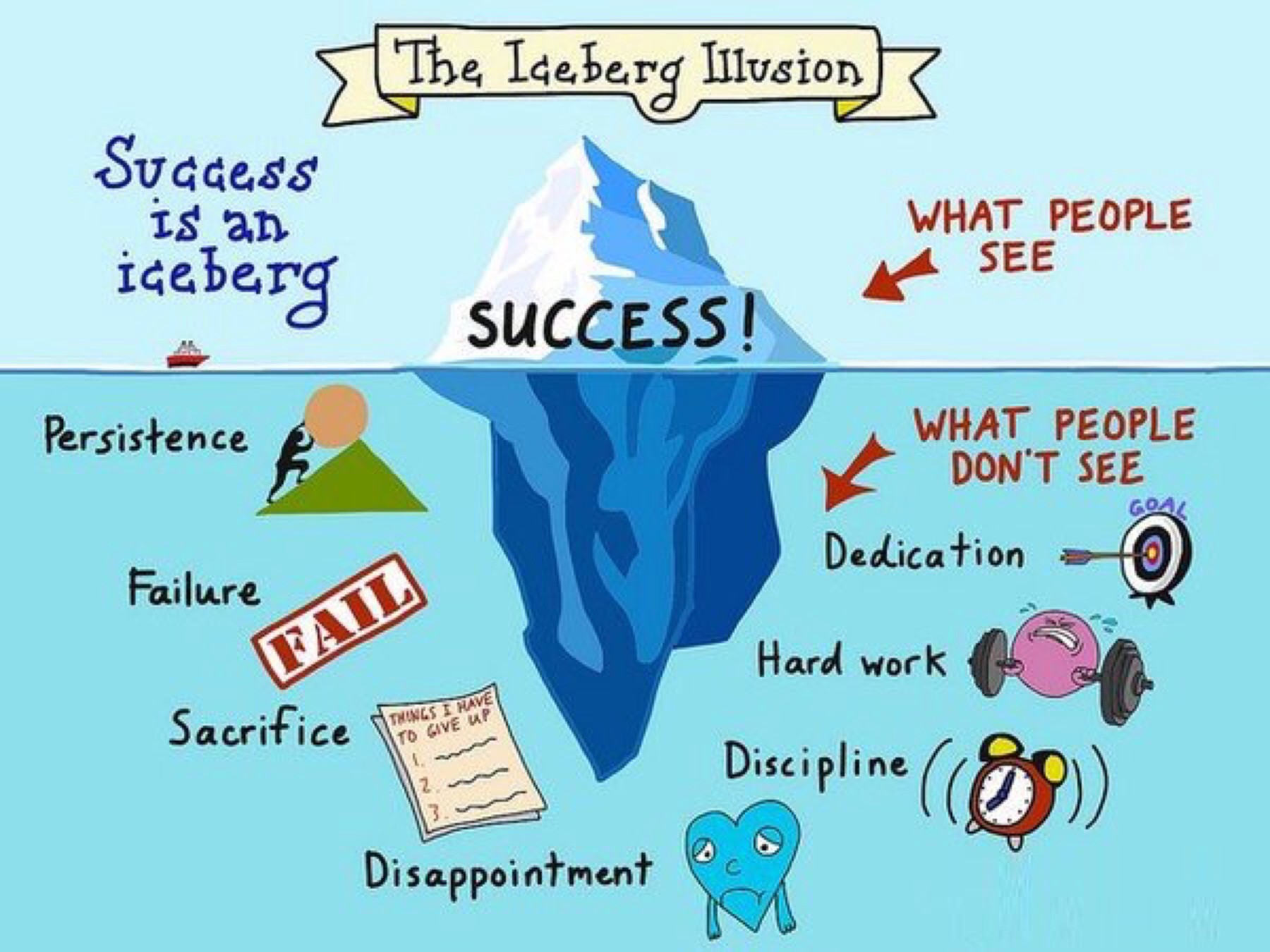 I came across this illustration and it really struck me. There is this glamour around success that only appears when you have already made it. People like Steve Jobs, Elon Musk, Mark Zuckerberg and Tim Cook reap the rewards of this success. There are parts which come with the success that some people don’t see such as:

Becoming so good at computer programming came by making sacrifices which made my life difficult. One of the things which I sacrificed was my social life, for a moment I did not have time to socialise much. I spent most of my time glued to my computer screen either I was making a new product for a client/or my start-up or learning a new framework/library/language etc. Another thing I lost was my good eyesight (yeah it sucks, I know) due to staring at screens for too long.

One thing which is universal with people who are trying to achieve something is they are bound to fail at some point. I had a fair share of failures, I have co-founded 2 start-ups and both had their successes and failed to be economically viable even if they had a huge following.

This usually comes after failure and often even in between the various stages. You create a product but it doesn’t become a hit. Or you are extremely close to a new feature but get stuck. Or you release a product and receive bad reviews. Disappointment is part of the game, one that’s never all rosy.

In today’s world we are wired to think success happens overnight, and that just an idea is enough to be successful. Unfortunately that’s far from the truth. All success stories involved a lot of hard work. Hard work involves digging deep down, tackling changes and ultimately finding solutions.

The difference between discipline and dedication is often blurred. What many perceive as discipline is in fact dedication.

Both are really the glue that sticks all the above aspects together. Without this glue, the probability of success is diminished significantly. It’s by far one of the hardest attributes to master, because we are wired to dislike repetition. Discipline is all about mastering the craft of repetition to the point where tasks second nature and we no longer think about them.

Instead we abstain from financially rewarding ourselves, or enjoying the freedom given to us until our goal is ultimately achieved. So in success, a similar type of self-control is a given, without it the probability of success is diminished significantly.

Take a look at some of the stories below, and you will notice none of them went through some, if not all, of the above stages.

1 thought on “How the Iceberg Illusion applied in my life”